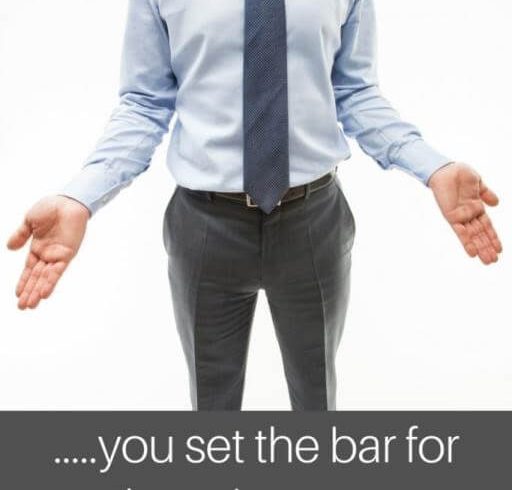 In our last post, I talked about the excuses and flawed thinking that CEOs and business owners do that end up fouling up their organization’s sales performance and creating a culture of excuses. I also mentioned that the habit of making excuses, if left unchecked, trickles right on down the organization. The buck stops next with sales managers.

Excuse #1: I met with each member of my sales team last week (or the week before) and I can fairly well guess what things will look like this week, so I can go ahead and skip this week’s check-in meetings while I focus on this other “very important stuff.”

Why this is flawed thinking: Holding salespeople accountable is one of the most important functions of a sales manager, as discussed here. So if you aren’t holding yourself accountable to help your sales team stay on track, you are directly facilitating their excuses, and showing them that it is not necessary to keep their activity commitments.

Excuse #2: I don’t need to spend time walking through sales exercises and role-playing with my team because the concepts are simple and I trust they are smart enough to figure it out on their own.

Why this is flawed thinking: Without a doubt, the concepts of effective selling and sales management are simple enough. What makes them so deceptively tricky is the practice and repetition required to execute them with precision in a million different iterations, in a million different circumstances so that your team doesn’t miss an opportunity to close. We have covered two examples of sales exercises in this post on joint sales calls and this one on coaching strategies for more questions.

Excuse #3: It’s not a big deal if a salesperson doesn’t follow through on their agreed-upon activities or goals because it’s not worth making a fuss over.  Or they can catch up with it later. Or because I can’t really fault them when I didn’t follow through on my commitments to meet with them every week.

Why this is flawed thinking: When a sales manager doesn’t hold a salesperson to their agreed-to activity commitments, the sales manager loses authority and teaches the salesperson that they don’t have to actually do the activities, which is a much more significant loss over time than during any one given week. I’ve written about the need to hold people accountable here and here.

Excuse #4: I know I’m not spending the majority of my time coaching and growing my sales team, but what other alternative is there when frankly I’m the most reliable closer?

Why this is flawed thinking: Although superstar salespeople are often promoted to sales manager, frequently they don’t have the ability to coach effectively, as the skills required to coach are entirely different from the skills required to sell. If you are selling rather than coaching, you are costing your company sales, because that means no one is cultivating your salespeople. It is better for the organization to have five people selling effectively rather than one stellar salesperson. If that is the circumstance you find yourself in, something has to change.

Excuse #5: If I’m motivated by closing the most deals and making the most commissions, no matter what, then my sales team should be too (or else there is something wrong with them).

Why this is flawed thinking: This is a frequent presumption on the part of superstar salespeople promoted to sales managers. Not everyone is going to sell the way you sell, and not everyone is going to be motivated by the things that motivate you. That doesn’t mean they can’t sell. It means you need to do the work to discover what motivates them and tap into it to get the results you need. Read more in our case study on How to Motivate Without Bonuses.

Excuse #6: It’s okay that I do most of the talking, because after all, I obviously know the most about selling around here.

Why this is flawed thinking: Effective coaching is about nurturing your sales team to ask the right questions and find their own answers. Giving them your answers encourages their ongoing dependence on you. Instead, empower them to become independent thinkers.

Can you think of other excuses? Share them in the comments.

In our next and last post in this series, I’ll look at excuses salespeople make that hurt sales.