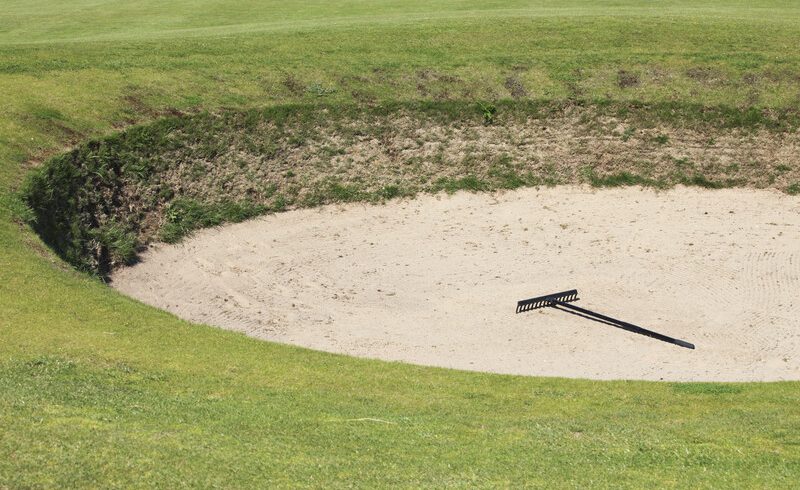 Avoid the Pot Bunkers of Selling he LPGA has a new AIG Women’s Open Champion in Sophia Popov – A first-time winner! I will get to why it matters after I set the stage. As an avid golfer, I am intrigued by the parallels the sport has to sales. Yes, there have likely been hundreds if not thousands of articles written about these parallels. But my twist is a little different.

Most golfers love watching Tiger Woods, Rory McIlroy, Dustin Johnson, and alike, pound the ball. We love seeing someone sink a thirty-foot putt to win a major tournament. Similarly, we are drawn to flashy stereotypical salespeople who are easy to talk to, fun to be around and make us feel good about ourselves. In our minds eye, it’s what the perfect salesperson should be.

When it comes to sales consultants most consider themselves to be the perfect, perfect salesperson. They take pride in it. They were the paper delivery boy who by age 13 had six kids working for them delivering newspapers. They could sell ice to Eskimos as the saying goes.

How to Succeed Without Perfection

I am drawn to those who are not the epitome of sales excellence but still execute well. The ones that follow a process.

They have a system. They are judicious with their time. They are focused on the prospect and client by asking hard-hitting questions to produce the appropriate result – either a closed sale or a quick “no” so they can move on to the next opportunity. It takes a well-thought-out process to proceed through sales conversations again and again. And, similar to golf, it takes a little bit of creativity.

While Tiger, Rory, and Dustin all have superior physical skills, most of the time they also have superior mental skills. And they are able to use their process (pre-shot routine, swing thoughts, post-shot analysis) to know what to do in each situation. They also know when to get creative and when to take their medicine if in a bad spot on the course.

So back to Sophia Popov. She is a German golfer who was a no-name trying to make her way in the professional golf world. She had lost her tour card in 2019. She did not have LPGA status and was playing mini-tours. She only qualified for the AIG Women’s Open by tying for 9th at the LPGA’s Marathon Classic a few weeks prior.

Nobody expected her to win. Few expected her to even make the cut. But she won. And what I took away was her ability to follow her process and insert appropriate creativity to win the tournament.

She was leading by 3 going into the 72nd and final hole. She laid up to avoid pot bunkers (those nasty, round, high-walled, and pot-like sand traps that no golfer wants to navigate). She laid up again with her second shot to avoid more pot bunkers. Then she had a tough shot over another pot bunker which lay between her and the pin. Rather than risking it. She hit the ball out to the side away from the bunker. Then two-putted for a bogey and the two-shot victory. It didn’t matter how many shots she won by. It mattered that she won.

Applying A Golfing Victory to Sales

How does this apply to sales and sales process you might ask? If you have a repeatable process with a well laid out bit of creativity built-in, the parallels exist. Sophia’s game plan was to hit greens and fairways and allow her putter to make putts, aiming for pins only on certain holes where it made sense.

Create the sales process in the same way. Kind of an “if-this, then that” mentality. Know what to do next. Take the guesswork out of it and allow the brain to use its natural creativity to conduct a more thorough conversation.

Sophia Popov was not flashy and she’s yet to prove she’s a golfing superstar, but she closed the deal by winning. She followed the process.

It’s the same thing most anyone can do, regardless of sales skill. Identify the pot bunkers in selling and plan around them. Stick to your process and know when to insert creativity.

If you like this article you may also appreciate these:

I Would Choose Nick Saban as My Sales Manager Every Time