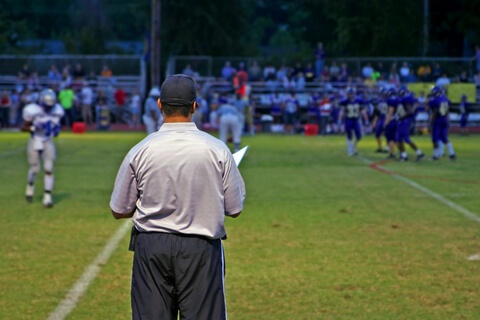 In meetings with a group of sales managers this week it became apparent that there is a definite trend in terms of sales manager effectiveness.  It is so common that the sales manager used to be a good sales rep, that it is typically easiest for them to tell the salespeople what to do, how to do it, when to do it, etc.

As you know if you read my articles much I talk about accountability an awful lot.  But, I haven’t written about coaching in a while.  If a sales manager can master the art of coaching, not only will they help their salespeople grow and develop but they will make their lives easier as well.

If we use football as the metaphor, the manager of a football team handles the equipment and other “things”.  They work with inanimate objects. Coaches, on the other hand, work with people.  They influence behaviors.  They grow and develop people, not things.

Well it’s the same with sales managers.  We call them managers because I suppose they also have to handle inanimate objects such as commissions and contracts, but the reality is, if they focused more on being a coach and less on managing, they might feel more fulfilled and their salespeople will benefit.  Ultimately, the company will benefit because salespeople will improve, sales managers won’t be as stressed out and sales will soar.

So, what do I mean to coach.  Well, to be proficient at coaching, a sales manager would demonstrate the vast majority, if not all, of the following traits.  Check which traits you have in the box to the left.

☐  Controls Emotions – Ability to stay in the moment, not assume, not jump to conclusions

☐  Doesn’t Rescue the Salesperson – In a joint call, the effective coach allows the salesperson to stumble so that he or she can learn from it

☐  Has a Sales Process – Follows a repeatable, predictable process and can ask a salesperson where exactly they are in that process which enables the salesperson to follow a plan of attack for each step of the way

☐  Knows How People Buy – Knowing the way in which a prospect will arrive at their buying decision, including understanding what really matters to the individual and what motivates them, this will enable the sales manager to guide salespeople through an appropriate questioning and qualifying process so as not to waste time with those unable or unwilling to buy

Total up the number of traits you are proficient in.  If you have 8 or more of these then you are considered a proficient coach.

What other traits to do you find valuable in being an effective coach?