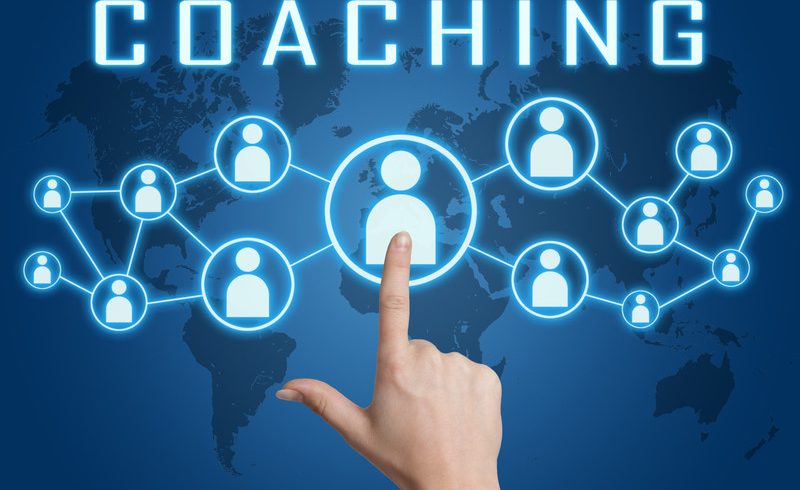 There are no perfect salespeople born into this world.  At least I haven’t met any.

Sure, there are numerous “natural born” salespeople. You know the type. They had a paper route growing up and by age thirteen had numerous other kids doing the route for them while they slept in and counted their profits. Or they were the cub scout or girl scout that sold the most popcorn or the most cookies (unaided by their parents).

The Benefits of Getting Help

I tend to believe that one’s natural behavior type or personality is not an indicator of success in sales. Sure, nature has something to do with it, but I have seen that nurture is far more impactful. Under a great sales leader, an average salesperson can become a superstar and a struggling rep can become effective.

Proving the point, these stats assembled from 5,500 managers and their sales teams speak volumes. Data courtesy of Objective Management Group. This shows us that if managers will just spend more time coaching, even if they aren’t great at it, results will improve. Combine time spent coaching with proficiency at doing it and it seems that almost anyone can become successful at selling.

Coaching is only one piece of the puzzle, albeit a very important piece. Holding someone accountable to behaviors and activities is critical as well. Let’s look at some more data.

I reviewed statistics on about 550,000 salespeople, examining those that fell into the top 10%. What I found was that a full 25% of these top salespeople fail to take responsibility. They would prefer to make excuses when they don’t succeed. We have found that individuals who make excuses have a greater tendency to let themselves off the hook, give up too easily and potentially close less business.

But, how did this 25% “not my fault” group of salespeople land in the top 10%? They have some secret sauce. It can come in one of two forms: 1) They work harder than others. So, while they might be less efficient, giving up too easily, etc., they outwork others. Or 2) They have managers who don’t accept excuses.

You see, people either have a natural tendency to make excuses when things don’t go well and look to place blame elsewhere, or they don’t. If they do, it can be incredibly difficult to change. However, if a manager refuses to accept excuses, the individual might still blame outside forces for a lack of success, but the manager won’t let it affect them. They instead get pushed to go do something about it.

Don’t Have to Be Born That Way

While there are certainly many who believe one is born a great salesperson, these two significant data points indicate that whether someone is born with sales skills or not, a sales leader can have a great impact on his or her sales team. Don’t underestimate the importance of the environment on success rather than someone’s genetic make-up.

If you want to compare your team to the data we have on thousands of other sales teams take our Sales Stats page for a test drive.