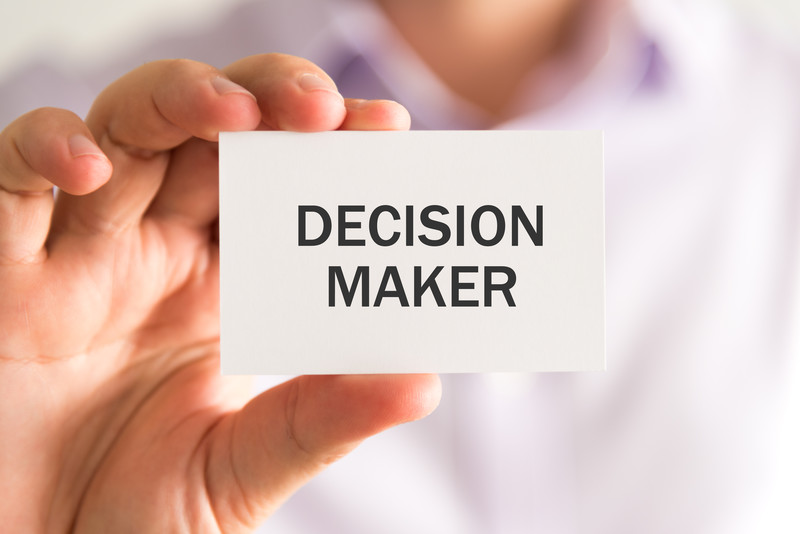 Here’s a duh! Salespeople who are easily able to reach decision-makers are infinitely more effective at closing business.

Here’s the data: According to Objective Management Group they are 337% more effective. That’s the good news. The bad news is that only 28% of salespeople are strong at doing it.

But Not So Fast, My Friend!

The solution might not be as easy as instructing salespeople to call on decision-makers. Here are three reasons why.

But having a keen focus on what those decision-makers care about, what they think about, what they read, and how they seek input in their company to make decisions can help. Connecting with decision-makers over these items in whatever way makes sense can also help. It may even be possible to just pick up the phone and reach these prospects. But only if the salesperson has information and a perspective that is valued by the decision-maker.

For instance, a variable in the process could be Decision Maker Engagement and there could be numerous options such as:

“I am engaged with all the decision-makers.”

“I have met some of the decision-makers.”

“I don’t know who will decide.”

And while I indicate this is easily fixed, it will be the manager’s job to hold salespeople who are not accustomed to dealing with decision-makers to answer questions like this honestly and then devise a plan to get to the decision-maker(s).

This is a problem that needs attention, and it ties back to my earlier point about focusing on what concerns the decision-maker. Again, it isn’t as easy as just telling salespeople to do it. They must be practiced in the art of focusing the decision-maker on what will result after their decision from an emotional perspective. Remember that emotions account for 50% of a buying decision. [source: B2B International]

Associated with being uncomfortable calling on the ultimate decision-maker is the complex issue of calling lower in the organization and not eloquently being able to ascend up the ladder to the people who actually decide. Some salespeople don’t want to hurt the feelings of their contact by going around or over them. They want to believe that their contact will be their advocate and somehow have the power to persuade the decision-maker(s) of the value of your products and services.

This is risky, hoping the contact will “sell” the solution the way the salesperson would. And as they say, hope is not a strategy. Instead, salespeople must become expert at navigating ALL levels of the organization, since sometimes the prospect doesn’t tell the truth about how decisions will be made.

Again, focusing on making sure decision-makers are identified and engaged and requiring salespeople to prospect at the right level will help alleviate the stress of making non-decision makers potentially feel bad. However, helping salespeople practice the effective ways to navigate this maze is necessary as well. Also, prepare them for what they will say if they actually do reach a high-level decision-maker and that individual sends them down to someone else.

Finally, help them manage the situation where they have a contact who is not the ultimate decision-maker. This should not include the old way of having the prospect join an appointment with the decision-maker. It’s a method that likely won’t work nowadays.

Solve these three main inhibitors of success in reaching decision-makers, and watch sales improve. Since only the first two are easy to solve, be prepared for coaching, reinforcement, habit-changing through mindset shifting, and repetition. Basically, what I am saying is that it will take time.

If you want to assist your team to understand how to talk with decision-makers, this Value Proposition Creation Toolkit will help. It shows them design how they will talk with targeted decision-makers.