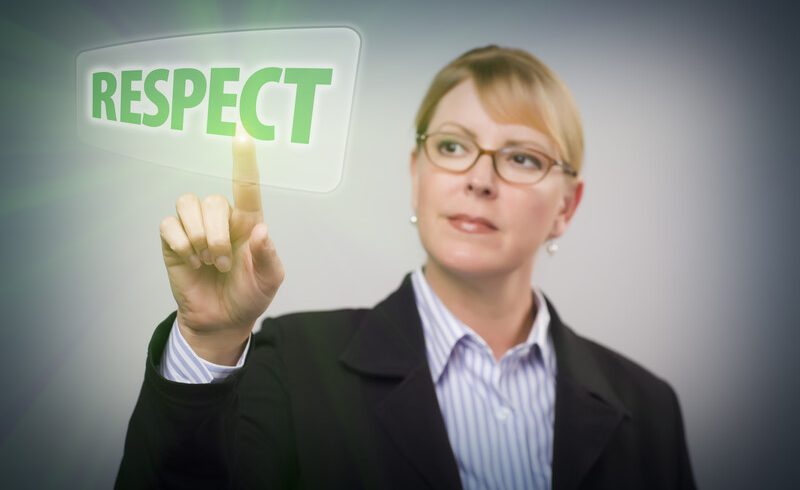 Want to Be Liked by Your Prospects? Get Respect Instead

I grew up playing sports. I played softball and volleyball, and I loved being part of a team. But no matter how much I’ve encouraged the idea, my daughters have never wanted to play sports. Then out of the blue, my oldest told me she wanted to play a sport in high school.

She decided she wanted to try tennis, so I enrolled her in a weeklong tennis program for beginners through advanced players. Don’t worry. I’ll explain what all this has to do with sales in a moment.

The morning of the first day of tennis camp, she packed her lunch and water bottle and laced up her tennis shoes tight. She was excited and she was ready!

We arrived at the tennis facility ten minutes early to see a bunch of kids milling around outside. Every kid had a special tennis backpack and their own racket. Each was decked out in fancy tennis clothes.

I tried to reassure her and help her overcome her fears, but nothing I said could calm her down. She didn’t want to get out of the car.

It was a very long day for me worrying about how things had gone. When I did pick her up, she bounded to the car, exuberantly sharing how wonderful her time had been, how much fun she had, how she found other friends who were also beginners, and how she couldn’t wait to go back the next morning. I was, of course, relieved, and I was very proud of her for overcoming her misgivings to try something new.

What gripped my daughter in those moments before she got out of the car was a need for approval. She was worried what people would think of her. She wanted to give up on trying tennis, something she was excited about because the need for approval is such a powerful motivator for human behavior.

Salespeople with a high need for approval are often concerned about coming across as pushy, annoying, or “too salesy.” They may not ask tough questions that might make the other party feel uncomfortable, and they are often overly vulnerable to objections, put-offs, and stalls.

All human beings have need for approval. It’s natural to want to be liked, approved of, and validated. But salespeople with high need for approval need to be liked by their prospects and customers so much that it interferes with their sales success.

Reframe the Need for Approval

Reframe the need for approval: It is not as important in sales to get a prospect’s approval as it is to gain their respect.

Too many salespeople behave as peddlers rather than peers and cave into objections in the name of “protecting the relationship.”

The most effective salespeople are not afraid to push back on prospects in pursuit of helping solve the prospects’ problems. Prospects’ view these salespeople as trusted advisors because these prospects know they are always focused on customer results.

If you want respect, act as if you are to be respected. Respect is earned by being honest and professional. It is not a matter of being formal or informal. It is a matter of acting appropriately for your customers’ expectations.

Show your commitment to your customers and prospects to solve their problems and to yourself to meet your sales goals. Weigh those commitments against the discomfort of not having approval.

Let’s imagine a sales call where a prospect tells you about their business problem as you explore the fit for your solution. It seems to you that they aren’t telling you everything about one aspect of the problem. Even with a few follow-up questions, you get nowhere. Asking again feels pushy. But you know deep down that you can’t help them fully without understanding this aspect of the problem.

Do you give up and propose a solution based on the limited information you have, which makes you vulnerable to losing the business (or worse: winning it with unknowns that could sabotage success)?

Or you could think to yourself (or even say out loud), “I know I’ve already asked a few times about this, and I don’t want to be pushy. But I’m more committed to uncovering the issues to really solve your problem than I am worried about you thinking I’m coming on too strong.”

Pursuing respect over approval and clarifying the commitment to the prospect are two ways to stop need for approval from sabotaging sales success.

It takes time effort and commitment to change this response, but it is imperative for high-performance sales to replace the need for approval with the need for respect. What’s at stake? Fix it and become 35% better at closing business. If you need help doing this, let us know.

*Data from Objective Management Group based on 669,000 salespeople