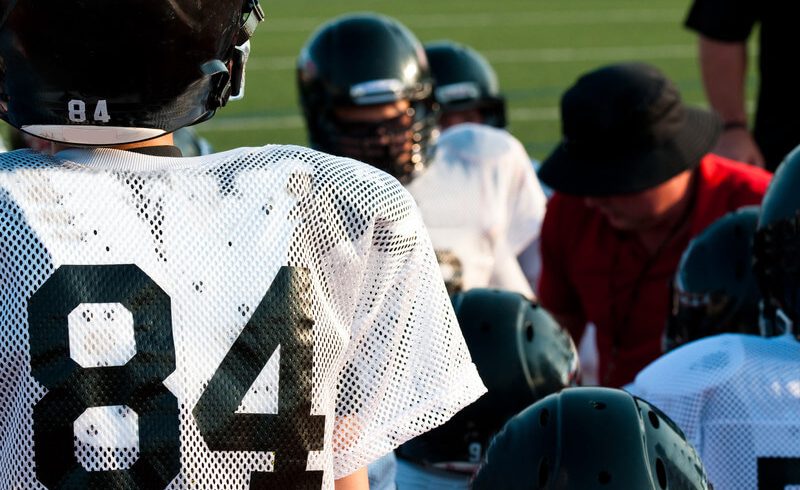 So it is that time of year when football players are in training camp, spending extra time perfecting their skills, learning new plays and mentally preparing to do battle when the season starts. It is
generally grueling and usually hot. Historically this training camp period has been referred to as Two-A-Days, due to the fact that they conduct practices twice a day.
In addition to the practice drills that go on. The repetitions that are conducted to ingrain certain skills or moves or plays are designed to get the players comfortable actually executing. In an ideal world these players would practice moves and plays so much that their execution would become subconscious. They wouldn’t even have to think about what to do, they would just do it.
They do this so that in the heat of battle, when the game is on the line, or when thousands of fans are screaming in the stands, the players do not get overtaken by fear or anxiety. It is a fact, and I have written about it before, that stress negatively impacts our performance as humans. It goes back to caveman days in which our bodies were geared to fight or take flight against a foe or to get away from a predator. This reaction is generated today and the body doesn’t know whether it is a physical danger (as in football potentially) or just stress created in our head. The blood literally flows out of the brain to one’s limbs so they can fight or flee. Thinking is impaired. Communication is therefore impaired.
Repetitious practice prepares a football player to just do, rather than think first, thus reducing the negative impact that stress and anxiety play on an individual’s performance. If they just react because they have done it hundreds if not thousands of times, their brain can’t mess it up. Guess what? Your salespeople’s brains work the same way. It might not be physical danger they are threatened by, but the body’s reaction is the same and they will function less effectively as salespeople if they are not well trained in what to do, and how to do it. You probably know where I am going with this. My question for you is “What are you doing to prepare your sales team to execute well without even thinking about it?” If you are like most sales team leaders, you aren’t doing anything. Sure you might ask about an upcoming sales meeting or call and ask the salesperson to prepare for the call. But, when was the last time you spent dedicated time with your salespeople actually practicing their skills? When did you role-play with them to hear how they would actually do it? Asking them to prepare for a call is one thing, but having them actually practice the words they will say is a completely different level. Prepare them to excel even when they are nervous or stressed because they want the deal so badly.
In the world of college football, there are limitations on the number of hours the coaches can work with the players during training camp:

So just during training camp players will have practiced and trained for roughly 42 hours. In any given football season there are between 12 and 15 games each of 60 minutes.  Obviously teams continue to practice during the season as well for roughly 8 hours per week. That’s an additional 96 hours of practice in a 12 game season. The ratio of practice to playing is heavily skewed toward practice, something like 11.5 hours of practice for every hour of game time. And most players don’t even play every minute of every game. Think about what impact you could have with your sales team if you focused on practice and training for just a small percentage of this. If you practiced with your salespeople to the point of total competence, how many deals could be closed? How much more effective would your salespeople be in the moment?

The one big wildcard here is the assumption that every player can play. That every salesperson is trainable and can improve. Unfortunately, this is just not so.  Fortunately, tools such as the OMG Salesperson Evaluation can tell you, with an incredibly high degree of accuracy, whether or not the training and practice will actually help an individual grow and develop.
One final point to address is this concept of intense training, as in a football training camp. The interesting lesson to take away and apply to sales is that the training and practice doesn’t end when training camp is over. They practice nearly every day throughout the season, because skills will falter without continuous practice and repetition. Is there something you can do as sales leader to revamp your process of training and practice to give your team the ability to execute at their highest level?